Mark Eastwood MP: Conservatives are delivering on their promise to level up transport across the North 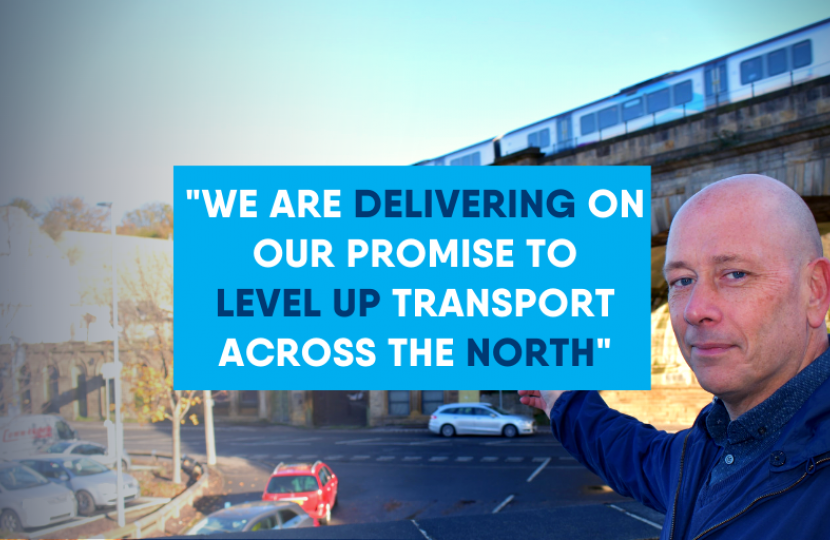 Mark Eastwood MP: Conservatives are delivering on their promise to level up transport across the North

Mark Eastwood MP has welcomed the announcement that the Conservative Government will provide £589 million to begin vital upgrades on the Transpennine main line, benefitting passengers and businesses across Dewsbury, Mirfield, Kirkburton and Denby Dale.

The line, which connects Leeds, Huddersfield and Manchester will bring significant improvements for passengers, while at the same time boosting local economies. The most congested section of the route will be doubled from two to four tracks, allowing fast trains to overtake slower ones – improving journey times and reliability for passengers across the North. Most of the line will be electrified, and the Government will also consider full electrification, along with digital signalling and improved freight capacity as part of a new integrated rail plan to be published in December.

These improvements will allow all-electric services between Liverpool, Manchester, Leeds, York and Newcastle, being longer and more frequent trains and create significantly more local capacity along the line.

It comes as the Transport Secretary also announced the creation of a new Northern Transport Acceleration Council, which will ensure northern leaders have a direct line to ministers, helping to cut red tape and improve services for passengers. The Council, which will be chaired by the Transport Secretary, will meet for the first time in September and be made up of mayors and council leaders.

The announcement of major new investment into northern railways comes exactly a year since Boris Johnson became Prime Minister, when he pledged to level up transport infrastructure across the whole country – which for too long has lagged behind London and the South East. In recent months, the Government has announced £20 million to upgrade the Tyne and Wear metro, £15 million to upgrade Horden, Darlington and Middlesbrough stations and committed to a significant £720 million investment in local transport across the North, through the Transforming Cities Fund.

“For too long, transport in the north of England has been an afterthought – it is hugely welcome to see Boris Johnson determined to turn this around.

It’s brilliant to see huge investment and attention being plugged into transport in the north, which will cut journey times and improve services for passengers in the Dewsbury constituency while providing a much-needed boost to our local economy.

I was elected on a promise to level up transport across Dewsbury, Mirfield, Kirkburton and Denby Dale and I am pleased that I have been able to work constructively with ministers to ensure that is exactly what we are delivering.”

“People across the North rightly expect action, progress and ambition and this government is determined to accelerate improvements as we invest billions to level up the region’s infrastructure.

We are determined to build back better at pace, and this new council will allow us to engage collectively and directly with elected northern leaders to build the vital projects the region is crying out for.”

“Levelling-up opportunity will be key in our recovery from coronavirus and our long-term success will rely on having world-class infrastructure in all parts of the country. The Transpennine rail upgrade shows we are delivering on our promises to the North.”