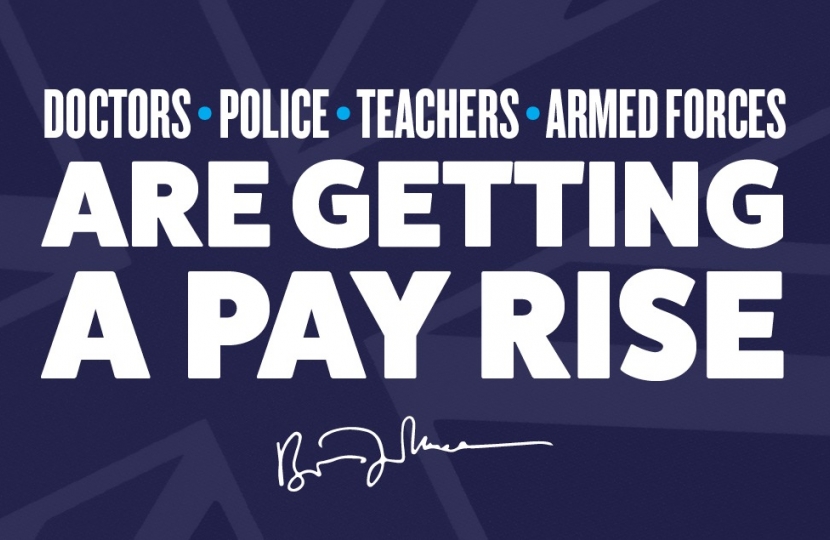 Today the Chancellor has announced that almost 900,000 public sector workers including doctors, teachers and police officers will see above-inflation pay rises for the third year in the row – reflecting their dedication, hard work and contribution to our country.